This study confirms the presence of microplastics in Antarctic snow, highlighting the extent of plastic pollution globally. Fresh snow was collected from Ross Island, Antarctica, and subsequent analysis identified an average of 29 microplastic particles per litre of melted snow. The most likely source of these airborne microplastics is local scientific research stations; however, modelling shows their origin could have been up to 6000 km away. 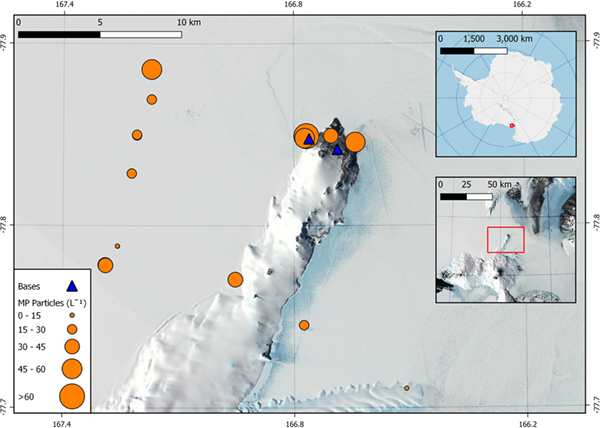